THE VIRGINIA SUPREME COURT BUILDING AT THE STATE CAPITOL COMPLEX

The following is from Paul Hope’s upcoming book, Policing the Paranormal, the hauntings of Virginia’s State Capitol Complex. 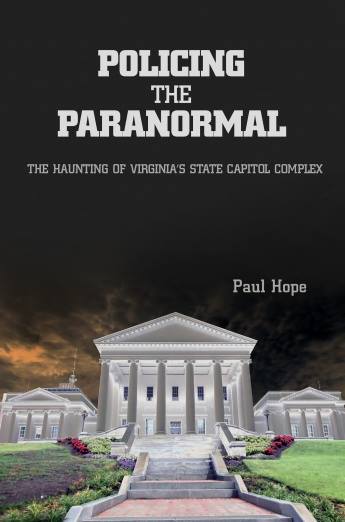 During my first few months working for the Virginia Capitol Police, the Virginia Supreme Court Building became like a home away from home. During a regular five night work week I was probably assigned to the Supreme Court Building at least three out of the five nights. Therefore, I became very familiar with the location’s interior, including its sub-basement levels that still house the money vaults, safes, and bullet-proof guard-turrets that were installed during the building’s previous tenure as Richmond’s U.S. Federal Reserve Bank. 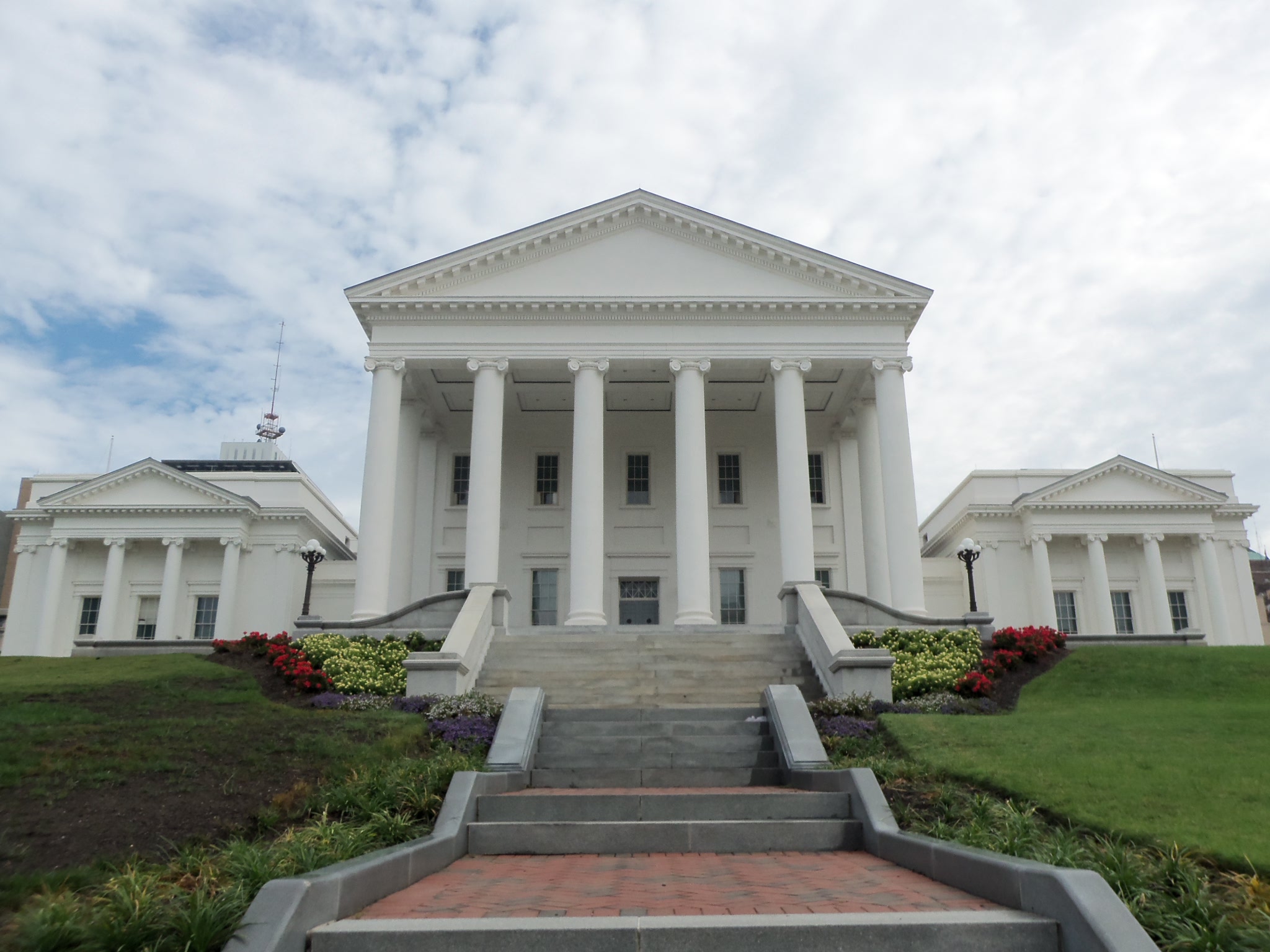 When it comes to creepy destinations, I rank the Virginia Supreme Court Building amongst the creepiest. During my time with the Virginia Capitol Police, hardly a week would go by without someone reportedly experiencing unexplained phenomena within the centuries old building. Most of the activity was reported either in the sub-basement levels, or on the sixth floor, so it became commonplace for some officers to deliberately avoid these levels during their nightly patrols of the building. And, eight hours during the darkness of night is a long and lonely time to be locked inside a building that possesses such a chilling reputation for paranormal activity.

Laying credibility to the claims of ghostly goings-on in the sub-basement level of the building is the story of a killing that occurred in February 1972, while the building served as the Federal Reserve Bank. The tragic killing of a bank security officer resulted from a disgruntled member of the bank’s security force going berserk with a gun. The ensuing gunfight ended with several security officers being shot by the deranged man, with one reportedly dying at the scene. It
is not clear from old newspaper reports if the guard who initiated the violent confrontation is the person who was killed, but I’m sure that whoever did die from the gunshots experienced a rather unexpected and untimely death; a factor considered by many paranormal experts to be a major precursor to classic haunting cases.

To this day, the evidence of the gun battle still remains in the sub-basement of the building. Several of the reinforced guard-turrets display bullet holes in their thick glass and steel, and a couple of other holes can be found in the surrounding concrete walls; providing a chilling reminder of the events that occurred during that fateful day in 1972.

One of the most chilling and memorable paranormal experiences that I believe has ever occurred inside the Supreme Court Building happened to a young lady, Emma, who worked for several years as a security officer for the Virginia Capitol Police.

The incident occurred late one night in 2003 during the graveyard shift, as Emma was patrolling the interior of the Virginia Supreme Court Building. At the time, I was on duty at another location within the Capitol Complex and heard the frightening events unfold over the police radio. I later spoke with Emma about the events and she recalled to me in detail the terrifying ordeal that caused her to flee the building and consider quitting her job.

Emma had been on duty in the Supreme Court Building for several hours, as she had on numerous other graveyard shifts during her time serving with the Virginia Capitol Police, and was patrolling the lonely hallways of the sixth floor.
Emma had worked the graveyard shift at the Supreme Court so often that she knew its rooms and corridors like the back of her hand, and was unfazed by rumors of the building’s ghostly reputation. Having worked within the aging building so many times, Emma had developed a routine to her patrols and would often stop at the sixth floor kitchen to grab a snack from one of the vending machines. And on this night, she did just that.

Standing facing the glass front of the vending machine, Emma began retrieving the change from her pocket. As she looked down, counting the change in her hands, Emma was confident that there was no one else in the building and so was a little surprised to see the reflection of a person other than her in the glass, slowly approaching her from behind. Immediately looking up at the unexpected company, Emma was suddenly struck with an intense sense of fear that froze her to the very spot she was standing. For, standing behind her, reflected in the glass, was the image of what she later described as a tall menacing looking bearded man with dark curly hair, wearing an aged brown suit.

Frozen with fear, Emma was absolutely convinced of what she was seeing. Her senses told her that this was not a real person standing behind her, with his head tilted forward, facing the floor, but with his eyes looking up and directly at hers in the reflection in the glass. The sudden shock of the encounter caused her to drop the change from her hands, but unable to move, she was forced to observe the ghostly apparition for several long seconds before fear released its paralyzing grip and she was able to flee from the kitchen.

Escaping the kitchen and the menacing apparition within, Emma ran across the hallway to the elevator, but after frantically pressing the buttons in her now hysterical state, she decided that the elevator was too slow and instead fled to the stairs. It took her little time to descend the six floors of stairs, and reaching the lobby level, she ran from the building and out onto the sidewalk where she frantically called on her radio for assistance.

Hearing her hysterical tone on the radio, every officer listened intently as the events unfolded and two Capitol Police Officers were dispatched to Emma’s aid. It was quite clear that something had truly terrified Emma and had caused her to flee the building, but exactly what had happened was unclear until Emma had calmed down enough to recall the terrifying details.

Recounting the events to the responding officers, and later to me, she recalled how she had observed the reflection of the apparition standing behind her, but when she had finally been able to turn and run from the kitchen, expecting to see the menacing entity standing before her, there had been no one standing there. She further stated that the spectral image looked so real that she clearly remembered that it appeared to be an older gentleman with thick, scruffy, curly brown hair, a short thick beard, and wearing a brown suit. He had appeared several inches taller than her and although facing down towards the ground, the ghostly apparition’s eyes were staring menacingly up and into the reflection of her own eyes as she stood before the glass face of the vending machine. And, as if to increase her tormented fear, the ghost had either touched or blown Emma on her neck, as she definitely recalled feeling an intense icy-cold sensation on the side of her neck a second before she was able to flee the building.

Emma was so terrified by her ordeal that she refused to re-enter the building. The two Capitol Police Officers that had responded to her aid performed a thorough check of the building’s interior but were unable to locate anyone. The security system had not alerted to the presence of anyone else in the building, and there again appeared to be no rational explanation for the disturbing event. But, whatever it was that terrified Emma that night, it had such an effect on her that, at her request, she was permanently reassigned to work in another building.