Introduction To The Kings Arms Tavern

Howl-O-Scream, a yearly Halloween celebration held at Busch Gardens, isn’t the only scary thing in and around the area. Locals claim that ghosts haunt Williamsburg, Virginia, located just 6 miles away from Busch Gardens. One of these ghosts resides in the King’s Arms Tavern. This establishment, not only has a rich history and offers authentic 18th Century food, but houses a ghost that occasionally makes her presence known to the staff and frightens them when she does.

The Tavern and its History

The King’s Arms Tavern offers tourists the opportunity to enjoy authentic colonial food from the 1700s. The recipes used centuries ago are still used today at, what is considered as one of the most refined establishments in the area. Located at416 Duke of Gloucester Street, this charming tavern serves up classic colonial-era dishes, such as Peanut Soup, Colonial Game Pye (venison, rabbit and duck), and lamb. In addition to the food, and like many other establishments in historic Williamsburg, the tavern’s employees and décor also resemble that of an authentic 18th-Century tavern. Guests are treated to costumed actors telling stories of their day in 18th Century Williamsburg (they can’t ever break character).

This lovely establishment has a long-standing history, and even though it was founded on February 6th, 1772, the name dates even further back to England. This is because The King’s Arms was a popular name for taverns at the time. What makes the tavern even more special is that it was opened and run by a woman (something that a modern-day feminist can really appreciate). Jane Vobe was already a popular tavern keeper when she posted signs throughout the town advertising opening of The King’s Arm’s Tavern.

e had already established herself as a popular and successful tavern owner before she opened the King’s Arms Tavern. Historians believe that Jane learned her “taverning” skills from her husband, Thomas Vobe. Records show that she first started running a tavern in early 1751, and throughout the 1760s, her business grew. Jane understood how important location and amenities were to running a tavern.

She was able to provide space for horses to be kept, owned two riding chairs in case her customers needed a horse, and her spacious taverns attracted many Burgesses and many men on the Governor’s council. It was also a known fact that George Washington and Thomas Jefferson resided in one of her taverns. She eventually sold her property to Christiana Campbell in October 1771. However, in February 1772 she announced that she was opening the King’s Arms Tavern and posted signs throughout the community.

On opening day, many men flocked to the tavern because of Jane’s amazing reputation as a tavern owner. The tavern was very successful, and Jane ran it up until the Revolutionary War. During this time, she was instrumental in aiding soldiers by providing rooms for the members of the Ohio Company and hosting officers like General Thomas Nelson and Baron Friedrich Wilhelm von Steuben, as well.

After the government relocated to Richmond, Vobe lost business and moved to Manchester in Chesterfield County. Vobe moved here and ran her business until her eventual death on December 8, 1786.

Today, the tavern’s been reinstated and is a popular tourist attraction, not only for its food, authenticity, and excellent service, but also because of the ghost said to live in it.

The Ghost of The King’s Arms Tavern

The most interesting feature of this tavern is the ghost that’s said to haunt the establishment’s halls. Some believe the ghost to be Jane Vobe herself, however, evidence has suggested that the ghost is actually an old manager; a woman named Irma.

How this ghost came to be isn’t clear. There are two different stories that people tell about how this woman died. One version says that Irma was alive in the 1700s and died, tragically, in a fire, doomed to haunt The King’s Arms Tavern for all time. The second story says that Irma was a tavern manager in the 1950s, and died in her bedroom, on the second floor in the tavern.

This ghost appears on occasion, and only to the tavern’s employees. Various staff members have experienced strange and 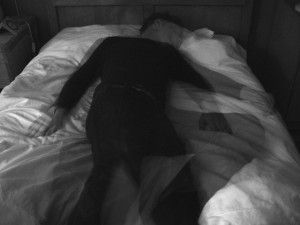 unusual things when inside the tavern. One night, a hostess was in the restroom, she saw an apparition of a woman standing behind her, only to turn around and see no one there. On another occasion, another hostess and pantry worker saw a woman dressed in colonial garments walk through one of the doors. Finally, a third hostess felt a gentle shove when she was at the top of a flight of stairs. She skidded down but was alright.

Former Assistant Manager, Jeffrey Pilley, has had his share of odd experiences. One night, Jeffrey noticed that an upstairs window was open. When he went up to close it, he found it had already been closed and locked. The only person who was present to close it was the host, who claimed that he didn’t do it. On various nights, Jeffrey experienced random chills. One night, the chills were so intense that he screamed, “Irma leave me alone!” and they deceased almost immediately after.

Other phenomena include trays falling of stands, menus toppling out of wall stands, and candles are extinguished by themselves, flicker, or are blown out even though they’re protected by glass.

One night, a psychic from California stopped by the tavern. When Jeffrey invited her in, she immediately felt Irma’s presence and saw her aura. The psychic told Jeffrey that Irma liked him and would help him out whenever she could. Jeffrey says that he feels throughout his time at the tavern, Irma did help him out.

Ever since then, the staff believes that Irma is a friendly ghost and many of the employees enjoy having her around. All of them say goodnight to her every night they leave the tavern.

The King’s Arms Tavern has a rich history. It’s considered to be one of the finer taverns in the area and is popular amongst tourists. The tavern stays true to the day Jane Vobe, a very popular tavern owner, opened its doors in the late 1700s. The same recipes from that time are used and the employees and décor also resemble the time as well.

However, people also come and visit the tavern because of the ghost known as Irma, said to haunt its halls. If you don’t believe that Irma is real, have a talk with the staff, when they’re not working that is. Ask the people who regularly hang around what they think. You might be surprised at what you find out.