The Demise of The S.S. Ourang Medan 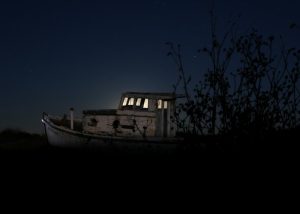 Nothing satisfies our spooky cravings like the tragic tale of a shipwreck, pieces of stories and rumors floating amidst memory and imagination like bits of wood and timber drifting aimlessly until they sink or are washed ashore. Unsolved to this day, the mystery of the S.S. Ourang Medan has captivated paranormal researchers, internet browsers, and detectives for years. Even government officials have commented on this tragedy, with an air of secrecy always shrouding the truth.

Remaining unsolved with absolutely no concrete leads, many have come up with theories as to what could have happened that fateful day. Alien attack? Pirates? Vengeful ocean ghosts? It’s the mystery that haunts and drives us. Read on, and decide for yourself!

The tragic demise of the S.S. Ourang Medan, a Dutch vessel, is said to have taken place in summertime in the 1940s – the precise year remains a mystery. Legend states that the ship was passing through the Strait of Malacca when tragedy struck – numerous ships received a chilling distress call in Morse code which stated, “all officers including captain dead, lying in chartroom and on the bridge, probably whole crew dead…” this call was followed by more frenzied Morse code, and one final sentence, “…I die.”

The legend continues and by all accounts, after the Silver Star’s rescuers boarded, they were met with a horrific scene.  Hearing an S.O.S., one might expect to find a survivor or two. However, after a short investigation, and realizing there were no lives to save, the Silver Star’s captain tried to tow the S.S Ourang Medan to port when a fire broke out. What resulted was an explosion was so intense, it caused the ship to lift from the ocean’s surface and then to quickly sink, the ocean claiming all evidence that could have told the story of the S.S. Ourang Medan. 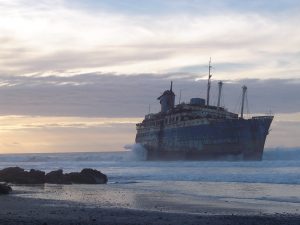 Rescue crews from The Silver Star who boarded the vessel found the ship exactly as she was described by the now-deceased radio operator. When those on the Silver Star went on board, they were reportedly greeted by a nightmarish sight. The entire crew was dead, their lifeless bodies were strewn about. The entire ship was littered with corpses, all of who had bulging eyes, and terrified expressions on their faces.

Their mouths were also said to be open as if they were screaming, and their arms were outstretched as if they were reaching for something. None showed signs of injury that could have caused their deaths. It is reported that they were found “with teeth bared, faces upturned towards the sun, staring, as if in fear…” even the ship’s resident dog was found dead, frozen mid-growl at horrors unknown. 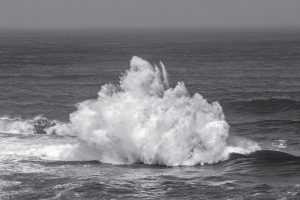 Some rescuers reported a ‘freezing cold chill” on board, despite the temperature being well over one hundred degrees that day. Paranormal researchers claim that ghosts emit a cold chill, which leads one to believe that the spirits of the men on the S.S. Ourang Medan were still on board. Shortly after boarding, the rescue crew of The Silver Star returned to their own ship, and without any further investigation, the fires started on board the S.S. Ourang Medan, followed by the ship’s famous explosion.

Naturally, one asks what could have caused this mysterious explosion and the mass demise of the Ourang Medan’s crew and captain to begin with? Many theories have arisen, but none have been proven.

Did the S.S. Ourang Medan Ever Sail?

The ship’s accounts lead to plenty of dead ends. Importantly, there is no mention of the S.S. Ourang Medan in Lloyd’s Shipping Registries, but many negate this fact by mentioning that the ship was registered in Sumatra, the vessel being named after the Sumatran island, Medan. This would explain why the S.S. Ourang Medan was invisible in domestic ship registries. This claim has never been researched or proven, however.

An old German publication, ‘Das Totenschaffen der Sudsee’ suggests that potassium cyanide and nitroglycerine were stored and transported by the S.S. Ourang Medan, and were on board at the time of this event. If this is true, it would certainly lend reason to the ship’s sudden destruction, as well as proof of a cover-up of the vessel’s records.

During this time, World War II was in full swing, alongside a tense international climate. Any news of the transportation of such sensitive materials would have caused public panic and foreign outrage. It could be that the details of the S.S. Ourang Medan are almost impossible to find because someone, somewhere, wants them to be.

Are the Conspiracy Theories True?

This theory lends credit to the hundreds of government cover-up theories circulating online. To the outside world, the Ourang Medan never existed because there isn’t any concrete evidence of its existence. It’s almost as if the ship itself was a ghost. The logs of the Silver Star omit any records of the S.S. Ourang Medan rescue attempt. No crew members of the Silver Star ever shared any relevant information with the media.

So, if the Ourang Medan never existed, then why did the Coast Guard reference the story in 1954, and later the CIA in 1959? For a ship that never sailed, it has been the subject of many unanswered questions. While it is true, the S.S. Ourang Medan was a Dutch freighter that transported goods, it has been claimed that those goods might have been dangerous chemical weapons used for warfare.

Due to this, many theories suggest that the Dutch crew was only hired to mask the ship’s true intent: smuggling top secret goods from a defeated Japanese Empire for the benefit of the American military during the Second World War.

It is possible that these chemicals leaked in the ship’s cargo hold. Thus, the crew began suffering from hallucinations, terrified, not knowing that their bodies were slowly being poisoned. So, was the S.S. Ourang Medan’s demise nothing more than an accidental poisoning? How did the rescue crew of the Silver Star come onboard with the poisonous fumes, totally unharmed? Could it be possible there were darker forces involved?

Will We Ever Know the Truth?

What do you think happened? An otherworldly event? An ocean spirit that so selfishly claimed every life on board? We are left with more questions than answers as to what could have happened to the S.S. Ourang Medan and her occupants. A pirate attack is truly not out of the question, but rescuer accounts claim that the crew’s bodies were largely unwounded, a rarity for a pirate boarding.

The possibility of a supernatural event has been brought to question, but it is nearly impossible to verify given the secrecy of the vessel’s end. Even today, conspiracy theorists and paranormal enthusiasts question what could have happened to the S.S. Ourang Medan. Ghosts, government hoaxes, even alien attacks have come into question.

Even today, the S.S. Ourang Medan mystery remains unsolved, the vessel never recovered, the sailor’s bodies never recovered. Could the ghosts of these sailors be trapped, their end being one of tragedy and mystery? Only one thing is for certain – the case of the S.S. Ourang Medan is one of the most mysterious and elusive in nautical history, and with its precisely impossible nature, it captures our imaginations even after all of these years.

If you’d like to follow along for more mysterious ghostly reads, check out our Spirits and Ghosts of the High Seas article here!