As long as there has been life on earth, there have been plagues that take it away. When the plagues hit, the disease spreads like wildfire throughout many countries, mainly through trade. Some of the more well-known plagues are the Justinian Plague, the Bubonic Plague/Black Death, The Third Plague Pandemic, etc., 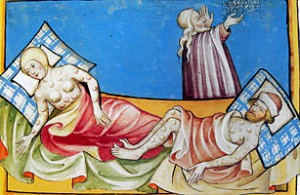 During these plagues, millions of people died and attempts to cure the sick never worked. Of course, limited medicinal knowledge resulted in senseless cures. For example, during the Bubonic plague, some medicinal practices consisted of putting leeches on the body to suck out the, “bad blood,” and aromatherapy. People weren’t aware of bodily functions, and as a result, many people died.

Eruptions of mass hysteria took hold of the world during these pandemics. The plagues destroyed families, business, resources, and entire civilizations. Tragedy struck and there was no help in sight.

In the early 1900s, a plague festered in various parts of the world. Historians refer to this pandemic as the Spanish Flu. It is unknown exactly where the plague started, however, first signs of it appeared in parts of Spain (hence the nickname), Europe, America, and Asia before spreading to the rest of the world. Records show that this pandemic wiped out one-third of the world’s population (twenty million people). In America alone, a reported 675,000 people died from the disease by summer 1919. Entire families became ill and many children were left orphaned. 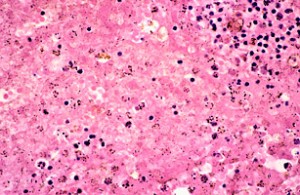 The disease spread so fast that many schools, churches, private homes, theaters, etc., shut down and became hospitals. Telephone services collapsed, garbage went uncollected, mail piled up, and funeral parlors ran out of caskets. The number of bodies quickly outnumbered the available resources. In many places, graves were dug to free the towns and cities of the rotting corpses that were piling up. If there wasn’t any room in the city, the bodies were sent elsewhere in the U.S. (Virginia was one of the states). Libraries put a halt on lending books and public officials insisted people stay indoors. Quarantines were established and if people had to venture out of the house, they were advised to wear masks and avoid spitting and shaking hands.

To make matters worse, World War I kept many of the doctors and nurses preoccupied. Soldiers fighting in the war took priority over the sick. When doctors and nurses started to take care of the sick, they contracted the disease. If they didn’t contract the disease, they often found themselves both unprepared and unable to provide assistance.

At first, the symptoms weren’t severe. Patients suffered from chills, fatigue, fever, and headaches. However, as the months went by, symptoms began to worsen. Victims would have fevers as high as 105 degrees, develop pneumonia, and suffer from severe muscle and joint pain. Their bodies turned blue and their lungs filled up with fluid, resulting in suffocation. They would also get really bad coughs, foamy mouths, bleed from the ears, and vomit. Patients would die usually a day or two after realizing they were sick. In some cases, patients would die within hours.

The pandemic consisted of three waves. The first wave started in the spring of 1918 when reports from Europe came in. Then, a reported 18 severe cases of influenza occurred at the Fort, Riley army base in Kansas. Soldiers transported to different bases expanded the disease.

There weren’t any serious symptoms at first. Reports stated that patients suffered from chills, fever, and fatigue, which would sometimes fester into pneumonia. However, patients usually recovered within several days. Response to these cases was mild compared to the second wave. 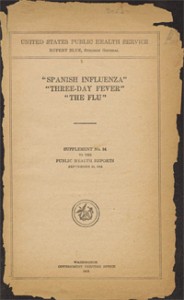 In July 1918, the disease spread to both the military and civilian populations. It started to spread to other countries such as Asia, Africa, South America and, back again, to North America. This was just the beginning of the nightmare.

The second wave struck lethally in the fall of 1918. In Boston, military-base patients started exhibiting more severe symptoms. The patient’s skin would turn blue and their lungs would fill up with fluid, resulting in suffocation. The most deadly month was October when a reported 195,000 Americans died. Deaths occurred as far as California, North Dakota, Florida, and Texas and happened within hours or days of symptoms appearing. Theories formulated that the virus had mutated.

The third and last wave appeared in the spring of 1919. The flu spread unevenly throughout America and in parts of Europe and eventually died out. However, losses totaled to nearly 675,000 Americans. Worldwide, a reported twenty million lives were lost. The plague left many children orphaned and destroyed many families.

Throughout Virginia and Williamsburg

The plague affected many states in the U.S. One of these states was Virginia. In early September, cases became more and more frequent in the state. Officials estimated that by October, there were at least 200,000 cases and that about 6,000 Virginians lost their lives to the disease. Doctors visited hundreds of patients a day, usually using outdated methods to cure them. One doctor soaked the legs and feet of flu victims in scalding water. Next, he swaddled them in blankets and left them until they had sweating, red bodies. Other doctors recommended atropine capsules (belladonna) and whiskey. By summer, 1919 the Spanish influenza started to disappear from the state. The overall death rate was unimaginable, even for modern standards.

As mentioned before, cities and towns transferred bodies throughout the country because coroners couldn’t contain the growing number of corpses. One of these cities was Williamsburg, Virginia.Before the plague hit, a town neighboring Williamsburg, Virginia known as Penniman, began to expand. Construction on a new village began, resulting in many workers flocking to the city, and its surrounding areas. When the plague hit, however, plots to bury the dead became scarce. 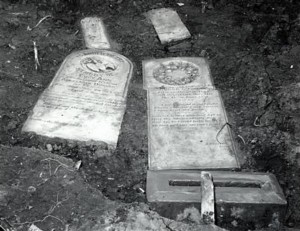 Williamsburg began to feel the effects when the plague hit in 1918. Many bodies were transferred to Williamsburg, among other places (Oklahoma, South Carolina, Texas, etc.,). Neighboring cities relied on Bucktrout Cemetery as a temporary site to bury their dead. On May 19, 1918, the first body was buried on this lot. After a while, records of the burials became a little erratic and some information on shipping is completely lost. This is possibly due to the fact that many bodies came in from all over the country.

Diseases, throughout history, have spread like wildfire to many countries. Many deaths come from these diseases. Businesses shut down and there is widespread panic throughout the world.

One such plague was the Spanish Flu. It’s not certain where this disease started, but three waves are known to have occurred. Both military and civilians caught the disease. What didn’t help at the time was World War I kept many of the doctors busy. When doctors did get a chance to check on the patients, they would catch the disease themselves. The pandemic wiped out one-third of the global population. The world is lucky that the third wave died out. With no cure, its unimaginable how many more people would’ve died.