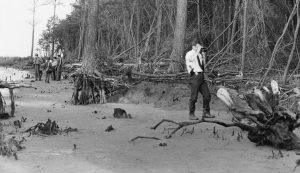 What were the Colonial Parkway Murders? Why are they still a hot button topic? When did it happen, and who’s the culprit?

The Parkway murders are believed to be the act of an apparent serial killer. What really made these murders stand out was their complexity – that fact that couples and not individuals were the targets; their setting – a brazen attack done in an area steeped in our Nation’s history, which made them even more morbid and profane to the collective subconscious; their wild and oftentimes misleading media coverage – the murders are still prime fodder for all sorts of sensational series, books, and podcasts; and finally, the disquieting realization that the killer was never identified and that he or she will most likely escape any justice.

“As of 2017, our research estimates that over 2000 serial killers are still at large and active in the United States. According to the FBI, there are about 1400 murders that remain unsolved.”

– Thomas Hargrove, researcher, and archivist. The vision behind the Murder Accountability Project.

And, as if that bit of info wasn’t hair-raising enough, another independent study conducted by Dr. Mike Aamodt at Radford University actually confirmed Hargrove’s data and concluded that he might have lowballed the number.

The Setting Of Colonial Parkway Murders

The Colonial Parkway is a 23 mile (37km) scenic landscape/thoroughfare that links Virginia’s Historic Triangle. It’s a roadway and state route, partly manned by the National Park Service, that interlocks Jamestown, Williamsburg, and Yorktown.

The place is a sightseeing extravaganza brimming with historical points, scenic pull-offs, markers, and memorials. It is a pageantry of American history embroiled in dozens of tunnels and bridges that are incredibly charming and visually impacting. 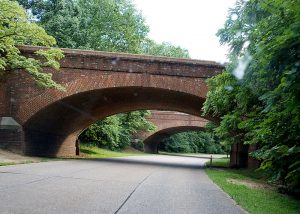 All of these factors are critical to understanding the mystique that the murders still hold over the national narrative. In a way, the fact that such murders and foul deeds took place in that spot was nothing short of sacrilegious and a scar on the Parkway’s patriotic nature and what it represents.

This section is going to be macabre, scatological, and disturbing. To truly understand what happened, we need to embrace and dissect some of the more vivid, abhorrent, and gruesome aspects of the case. This unwholesome section is grisly and malignant… You’ve been warned. 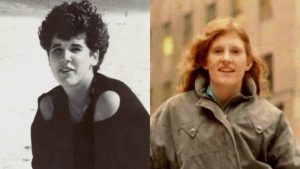 The first known victims – there could very well have been others before that haven’t been uncovered or linked to the case – were Cathleen Thomas, 27, and Rebecca Ann Dowski, 21. The former was a graduate of the United States Naval Academy and the latter a senior of Willam & Mary College.

Authorities discovered Cathleen and Rebecca on Columbus Day weekend, 1986, inside a white 1980 Honda Civic. This car, along with their mangled bodies, found at the Cheatham Annex Overlook in Williamsburg, Virginia, had been doused in diesel fuel. The evidence of the crime was kept intact by a fluke of fate when the diesel failed to ignite.

What the investigators uncovered was a horrid tableau of deprivation. Both women were found with rope burns on their neck and wrist with signs of strangulation. The autopsy was inconclusive and could not determine whether a blade had slashed their throats or if they had been strangled to near decapitation.

There were little signs of struggle. Both their purses and their money were found inside the car, ruling out robbery as a motive. Finally, there was no evidence of sexual assault – pre or post mortem; the pair were fully clothed and sexually intact. 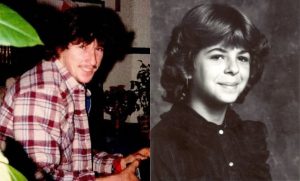 On September 20, 1987, David Knobling, 20, and Robin Edwards, 14, were shot at point-blank range in the Ragged Island Wildlife Refuge, near the south shore of James River in Smithfield, Virginia. Their bodies were uncovered after an exhaustive three-day search party. Knobling’s father and the local constabulary spearheaded the manhunt.

The couple, investigators hypothesize, might have been romantically involved. A critical future was the way the perpetrator might have approached them. A few key facts – primarily that David’s black Ford Ranger pick-up truck was discovered with the side window partially rolled down – that made investigators question whether the killer had ties to lay-enforcement or was posing as a police officer.

Once more, there were no signs of sexual assault or robbery. 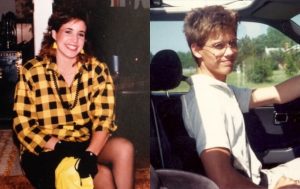 On April 10, 1988, two kids from Christopher Newport University – both perfect in-synched with the killer’s victim profile – were reported missing after attending a party in Newport News during their first date together. Cassandra Lee Hailey, 18, and Richard Keith Call, 20, dropped off the face of the Earth on that Spring evening. The only evidence of any wrongdoing was the discovery of Call’s red Toyota Celica, unoccupied at the York River Overlook.

A small caveat before we spring forth into the latest horror room, the third couple’s link to the Parkway Murders is somewhat debatable. Why? Mainly because no bodies have ever been uncovered. They are both presumed dead, and evidence points to the same madman or madwoman responsible for the other killings. Still, some investigators are on the fence and don’t want to definitively classify their disappearance as part of the serial killer’s cycle. 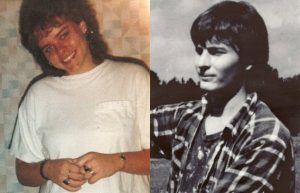 Just after Labor Day weekend 1989, Annamaria Phelps, 18, and Daniel Later, 21, vanished while en route to Virginia Beach. By that time, local police were well aware that there was a predator on the loose, and they had a somewhat bivouac profile to work-off. The FBI, working in unison with the region’s law enforcement, had a victim criteria in their arsenal. The second Annamaria and Daniel were reported missing, the red-flags went up, and the district devolved into a panic.

After Lauer’s, car a gold 1972 Chevrolet Nova, was found abandoned on the I-64 New Kent rest stop, investigators combed the countryside looking for what was no doubt a fresh crime scene.

On October 19th, a month and a half after their disappearance, hunters along interstate 64 between Williamsburg and Richmond stumbled onto the skeletonized remains of both kids. The scavengers, the muggy atmosphere, and the advanced decomposition made it impossible to determine the exact cause of death. Nonetheless, inconclusive MRI scans appear to show that at least one of the bodies might have suffered knife wounds.

“After that cycle, the killings abruptly stopped.” 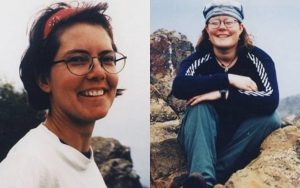 Seven years after the final fatalities, another case reignited the investigation. A couple, romantically involved, was found bound, gagged and their throats slit almost 200 miles from the initial hunting grounds. Their bodies uncovered in Virginia’s Shenandoah National Park. Julia Williams, 24, and Lollie Winans, 26, displayed a wealth of similarities to the Parkway case.

In 2018, 12 years after the Shenandoah murders, DNA studies – including hair and biological samples – potentially linked the two cases.

Why hasn’t the killer been caught?

As the agent at the beginning of this diabolical coverage said: “What made these murders stand out was the complexity of them.”

Backtrack and take a look at the whole gruesome spectacle… There were either multiple killers or the singular lone wolf was rather adept and elastic, forever changing and molding his M.O. to the spot’s logistics and that particular set of prey. All the victims were from different backgrounds and demographics, making a profile an incredibly difficult task.

All the victims were killed with different methods (stabbing, strangulation, gunshot wound). None had been robbed or sexually molested, stumping investigators as to what the possible motive that galvanized the murders might have been. Finally, the killer’s scope and the geographical stretch of his spree make it near impossible to set up a proliferation point from which to work from, a range to actively stake-out.

All the investigation had to go by is circumstantial DNA evidence, a few forensic strands from a period where that whole branch was getting its wings, and a few similarities that don’t help out; the proverbial needle in the haystack. You can’t exactly finger a suspect and develop a viable culprit on car displacement and fascination with couples.

Nonetheless, there are some suspects in the Colonial Parkway murders.

Fred Atwell: Fred Atwell is the former deputy sheriff that was active during the investigation in 1986. Fred was considered something of a hero when he uncovered a slew of photographs leaked from the FBI’s office in Norfolk. He became a well-known whistleblower, and thanks to his action, the FBI was put under the proverbial microscope. Since then, 62-year-old Fred had numerous encounters with the law, including a larceny charge; 100 dollars. Fred was always vocal about the case to the point that he had strong opinions on who the killer was. To the FBI, he was a suspect; to the victims’ family, he was a patsy. Fred died in 2018, and whatever secrets he had died with him.

Steve Spingola, former Milwaukee homicide detective, investigated the murders on behalf of the families. His investigation came to the startling conclusion that the murders were committed by multiple assailants and aren’t tied together. Thomas and Dowski’s were a hate crime motivated by the couple’s lesbian relationship. Williams and Winans were also a hate crime, no doubt perpetrated by the same killer. Lauer and Phelps might have been a settlement of scores and was carried out by a professional, while Knobling and Edward were murdered following a robbery. In Spingola’s eyes, there was no serial killer.

Finally, one of the most bizarre theories about the murders states that the killer’s identity was, in fact, a rogue CIA operative. The Virginia State Police did a casual investigation, during the panic galvanized by the murders, of Camp Peary and its soldiers. This, in turn, ratcheted up the media when they got a hold of the fact that Camp Peary is a training facility for the Central Intelligence Agency. Rumors and legends started hitting the headlines.

Despite the continued efforts and media frenzy the murders seem to compel, there is little to no traction on the investigation. Just like those 1400 unsolved murders, Hargrove conducted his studies on, there’s a huge likelihood that the Colonial Parkway Murders will remain a cold case and that the devil behind it will never be brought to justice… just like Jack The Ripper… Just like the Zodiac Killer… Just like the Alphabet Killer… The Barnaul Maniac… Charlie Chop-off and the 85 other serial killers.

“There has to be a degree of self-sabotage from a serial killer for an investigation to pan out. If they are smart enough not to get caught, there’s very little we can do.”