William and Mary is one of the most prestigious schools in the nation that challenges its students at the highest academic level. Students that attend this school fight for excellence, lending to the success of William and Mary. One of the most notable operations of William and Mary is the Phi Beta Kappa Honors Society, and the Phi Beta Kappa Memorial Hall, built in the 1950’s, to commemorate this society. The Memorial Hall has been called one of the nation’s finest performing arts facilities. Students in the school’s theater, dance, and music programs are honored to perform at this establishment. This was especially true when it first opened.

In the late 1950’s, a young woman named Lucinda was cast as the lead in the theater department’s production of, “Our Town.” However, she never showcased her acting chops because she died shortly before opening night. She has since haunted the building. Her thirst for excellence, her passion for performing, and her love of the performing arts have all kept her spirit trapped inside this building. 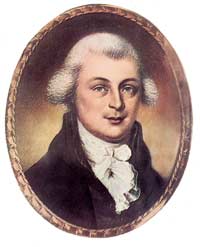 The society closed its doors twice throughout the years. The first time was during the American Revolutionary War. In 1780, William and Mary shut down, but reopened in 1781. Phi Beta Kappa didn’t and before the Virginia Chapter reopened, secret societies came under attack from religious organizations that believed these societies focused more on philosophy and not religion. This forced Phi Beta Chapters at other colleges to lift the veil on their secrecy. As a result, when the Virginia Chapter reopened in 1851, thanks to two William and Mary professors from Union College in New York, it became an honors society, and not a secret society.

In Honor of Phi Beta Kappa

In honor of Phi Beta Kappa’s achievements, the Phi Beta Kappa Memorial Hall opened in 1956.  It’s the college’s main performing arts complex and has the largest auditorium on campus; The Mainstage Theater. The Mainstage Theater plays host to the University ceremonies, convocations, and lectures. In addition, the student’s main productions in dance, music, and theater are also performed here. 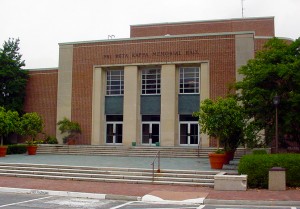 There are other various theaters in the building as well. The Studio Theater is the school’s black box theater and is the school’s main classroom for theater students, the rehearsal space for the main stage productions, and the rehearsal space for smaller or experimental productions. The building also has a scene shop, Computer Design and Drafting Lab, Lighting Lab, and a Costume Shop.

Among the rooms necessary for the performing arts, the building also plays host to one of the many ghosts that haunt the William and Mary Campus.

A former William and Mary student haunts The Mainstage Theater. Back in the late 1950s, a young woman named Lucinda received the lead role in the school’s production of “Our Town.” Unfortunately, she died tragically in a car accident shortly before opening night. Just after her death, Lucinda made her presence known when she appeared on opening night in the theater’s balcony. The understudy looked up and saw her wearing the black dress she was to wear for the graveyard scene. 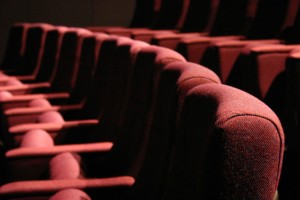 Since then, witnesses have seen Lucinda’s spirit on various occasions. She has shown herself to students who perform or practicing in the theater late at night. She frightens them so much that they’ve postponed rehearsals and immediately left the building.

On one such occasion, an actress who was to wear a white wedding dress in a production was rehearsing alone one night. She looked out into the Phi Beta Kappa Memorial Hall auditorium and saw the dress sitting upright in one of the chairs, almost as if it was watching her.

On another occasion, when police were on a routine check through the campus, they were nearly blinded by a spotlight coming from the auditorium. They went to check it out and found the same white dress folded on a chair. They heard a strange noise coming from down the hall. They went to see what it was but failed to catch up with it.

A number of young men claim to have seen her as well. A student was practicing piano late one night. When he finished he gathered up his stuff and began to leave. However, when he started to walk away, he heard a voice say, “Oh, don’t stop.” When he looked around, however, he found that he was alone. On another occasion, two boys were rehearsing a scene from an opera. They both stopped when they saw a woman in a black dress drift across the balcony. On a third occasion, a student was rehearsing with his entire cast. He stopped and screamed. This startled the other students and they all saw a transparent figure walk out of the theater. When they couldn’t find anything, they canceled the day’s rehearsal.

William and Mary’s students undergo a lot of pressure in their academic life when they’re at the school. Lucinda is no exception. Ghosts have unfinished business and because Lucinda never performed, moving on to the next life was probably difficult for her. One wonders if she will ever be able to take care of her unfinished business, or will she be stuck in the audience seats, watching for all eternity.

There are many known ghosts that haunt the William and Mary Campus. Even a building that’s not even a century old plays hosts to a ghost.

Phi Beta Kappa Memorial Hall was established in the name of the first international honors society; Phi Beta Kappa. The founding members wanted a respectable society that focused on learning and discussion, and not drinking and partying.

Even though the building isn’t even a century old, it’s still haunted, but the spirit isn’t evil. She enjoys being entertained and appears to students when they’re rehearsing. This doesn’t mean, however, that she doesn’t terrify them.