With the holidays fast approaching, most people do not think of Christmas ghost stories and New Year’s ghost stories. Except they have been as symbolic with these holidays as much as Halloween. Telling scary tales around the Yule log burning in the hearth was as much a tradition as much as St. Nicholas and decorating the Christmas tree, though it is a lost one nowadays. 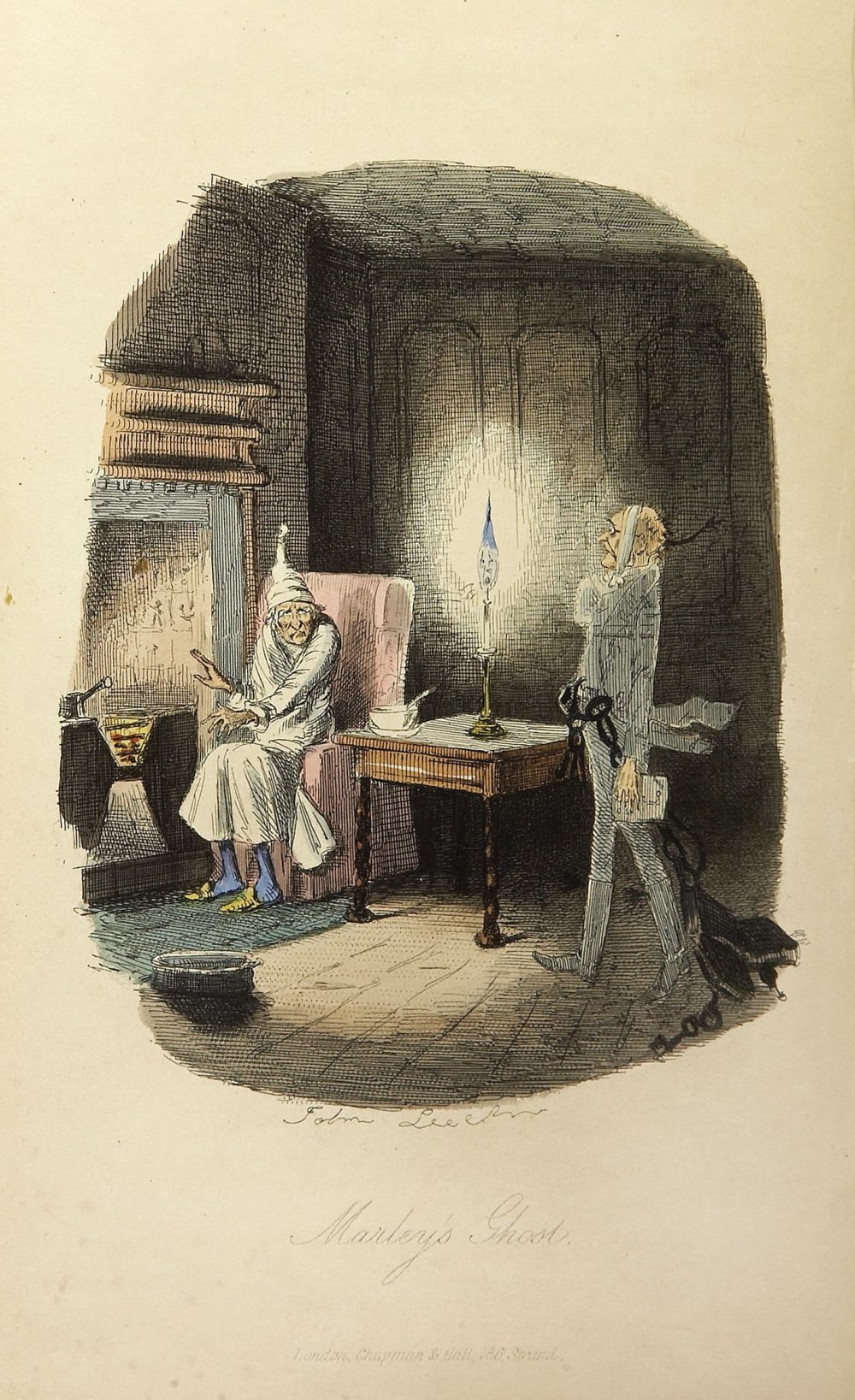 British humorist Jerome K. Jerome wrote an introduction to an anthology of Christmas Ghost Stories, “Told After Supper,” in 1891. He said that whenever five to six English-speaking people met around a fire on Christmas Eve, they would tell ghost stories. The practice of gathering around the fire on Christmas Eve to tell ghost stories had been a part of Christmas for the Victorian English as Santa Claus and the Grinch is for us.

This continued by MR James, the provost of King’s College, Cambridge, who would invite a select few students and friends to his rooms each year on Christmas Eve, and read one of the ghost stories he had written. They include Canon Alberic’s Scrap-Book (1895), in which an ancient holy book brings forth a demonic presence, first announced by a hand covered in “coarse black hairs, longer than ever grew on a human hand; nails rising from the ends of the fingers and curving sharply down and forward, grey, horny and wrinkled”. You can read this tale and others by MR James at http://www.amazon.com/Told-After-Supper-Jerome-Klapka-ebook/dp/B004TQ84DQ/ref=sr_1_1?ie=UTF8&qid=1416849078&sr=8-1&keywords=Told+After+Supper And if you like to watch and listen to a ghost story by this author on video: http://www.youtube.com/watch?v=o1HCkAQj-WE

Others mentioned apparitions in their stories, like Old Christmas, From The Sketch Book of Geoffrey Crayon, Gent., by Washington Irving. 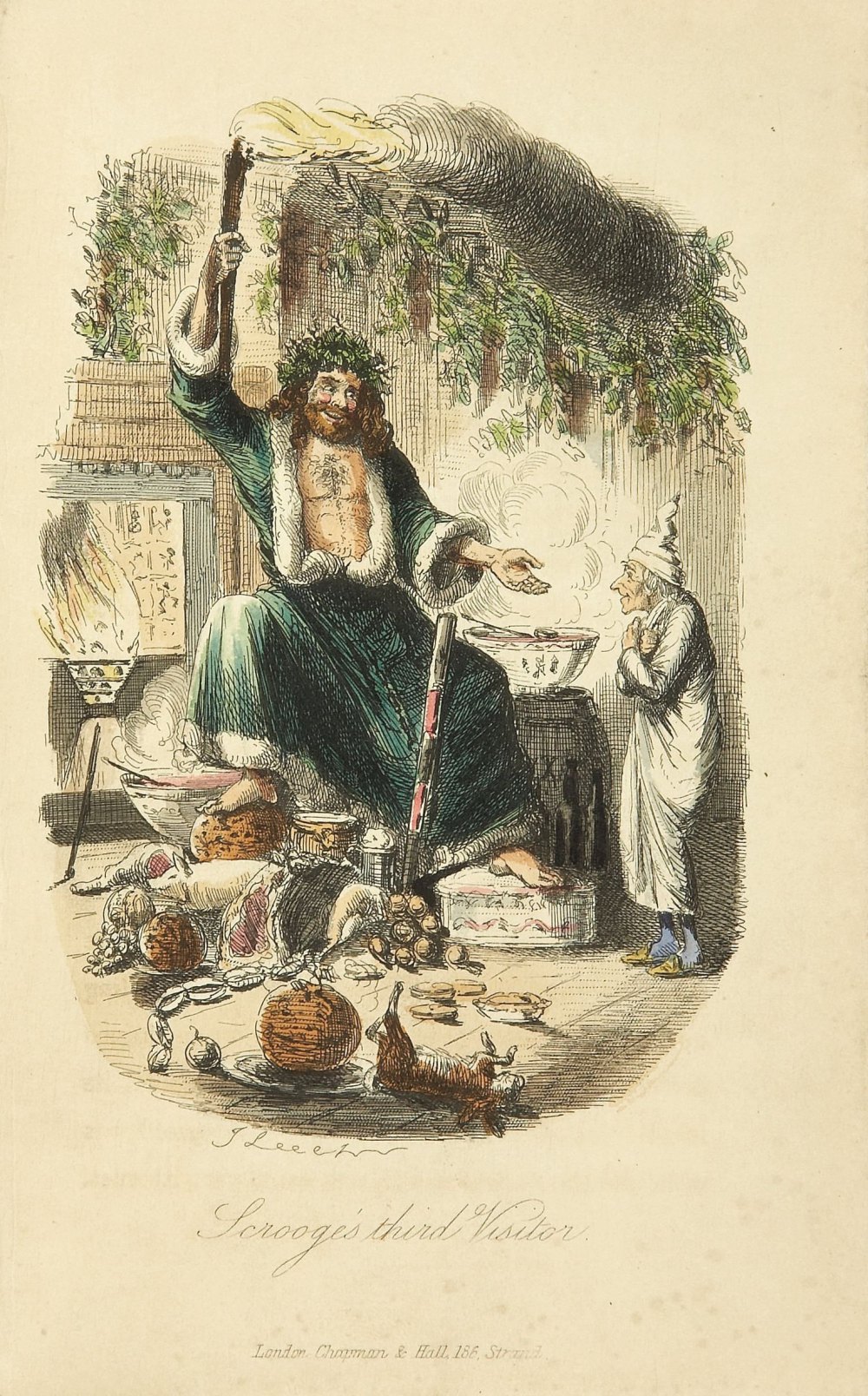 But one Christmas tale with spirits still exists to today, “A Christmas Carol” by Charles Dickens. Who hasn’t watched a filmed adaptation of Scrooge on the big screen or on their TV? It is even said, that Dickens’ Christmas ghost story single-handedly saved the winter holiday from dying out during the Industrial Revolution.

Now, the 25th of December was not an arbitrary choice for early Christians. Rather, it was selected because of its connection with pagan festivals like Yule and Sol Invictus (the birthday of the Unconquered Sun), both of which commemorated the winter solstice or the longest night of the year. These festivals celebrated the death of light and its subsequent rebirth the following day. It was for the obvious symbolic connotations that early Christians adopted dates significant to pagan Romans and Northern Europeans.

In addition to being the longest night of the year, however, winter solstice was also traditionally held to be the most haunted due to its association with the death of the sun and light. It was the one night of the year when the barrier between the worlds of the living and the deceased was thinnest. On Christmas Eve, ghosts could walk the earth and finish unsettled business, as exemplified by the apparition of Marley in Charles Dickens’ Christmas masterpiece. In short, the Victorian Christmas celebration, which drew heavily on pagan symbols like Yule logs, holly berries and Father Christmas himself, also embraced the winter holiday’s associations with the supernatural to create one of its most popular annual traditions.

Ghosts have been sighted on Christmas by people too, way before Victorian times. One instance happened before Christmas 1642 in England, where shepherds were said to have seen ghostly civil war soldiers battling in the skies.

Ghostly tales can still be told on Christmas, whether real ones, or fiction. Keep the tradition alive. Read “The Christmas Carol” to your kids, or view movies like adaptations of the Christmas Carol or even Nightmare Before Christmas. Check out a ghost tour—some go through December.

As Andy Williams sings in the perennial favorite It’s The Most Wonderful Time Of The Year:
“There’ll be scary ghost stories
And tales of the glories
of Christmases long, long ago.”

So let’s bring back a grand old Christmas tradition. It’s the spirit of the holidays to be scary. 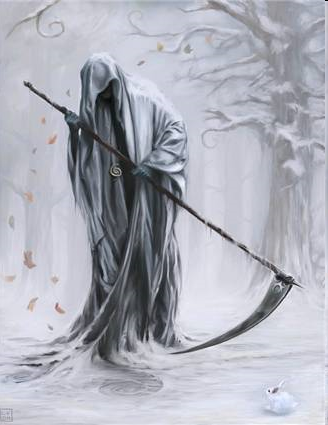